Create an Account - Increase your productivity, customize your experience, and engage in information you care about.

This year, on the 47th anniversary of Earth Day, the slogan is "March for Science". On Earth Day, the Earth Day Network and the March for Science are co-organizing a rally and teach-in on the National Mall in Washington D.C. The day will include speeches, with scientists and civic organizers, musical performances, and a march through the streets of Washington D.C. The event’s goal is to draw attention to the vital public service role science plays in our communities and our world. Science plays a vital role in protecting our air and water, preserving our planet, saving lives with medical treatments, creating new industries, putting food on our tables, educating the next generation, and safeguarding our future. 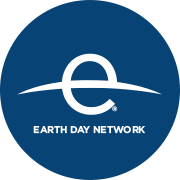 Before April 1970, a factory could spew black clouds of toxic emissions into the air or dump tons of toxic waste into a nearby stream; that was perfectly legal. They could not be taken to court to stop it. There was no EPA.

Prior to 1970, there was no Clean Air Act - no Clean Water Act. There were no legal or regulatory procedures put into place yet to protect our environment.

Senator Gaylord Nelson created Earth Day as a way to force this issue onto the national agenda. Twenty million Americans demonstrated in cities across the U.S., and it worked! In December 1970, Congress authorized the creation of a new federal agency to tackle environmental issues, the U.S. Environmental Protection Agency.
Employment
Governance
Online Payments
GIS Maps
Report A Concern
Financials
/QuickLinks.aspx
[]